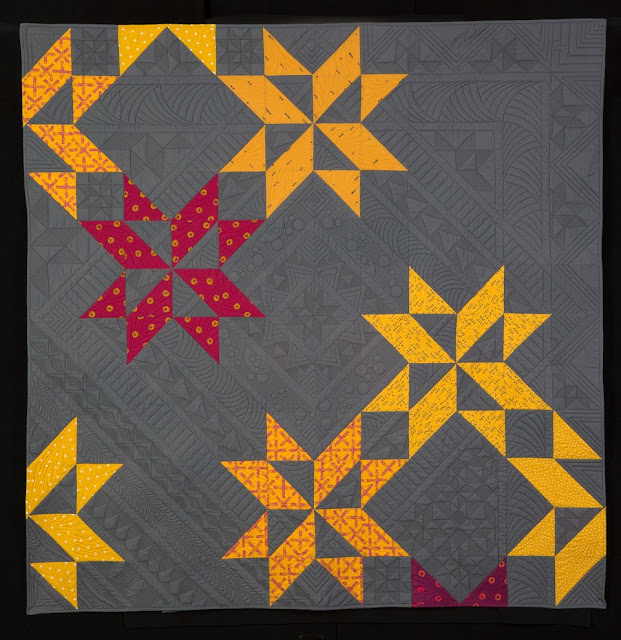 The quilt features large scale piecing and block cropping  The block cropping was as a result of not having enough fabric to make full blocks. Large areas of negative space gave me the opportunity to experiment with my quilting.  I wanted the quilt to have a modern look so most of the quilting is based on lines and ghost blocks of the Sarah's Choice block, rulers were used for this quilting.  There are FMQ feathers in the patterned fabrics and a feathered area in the bottom left of the quilt. 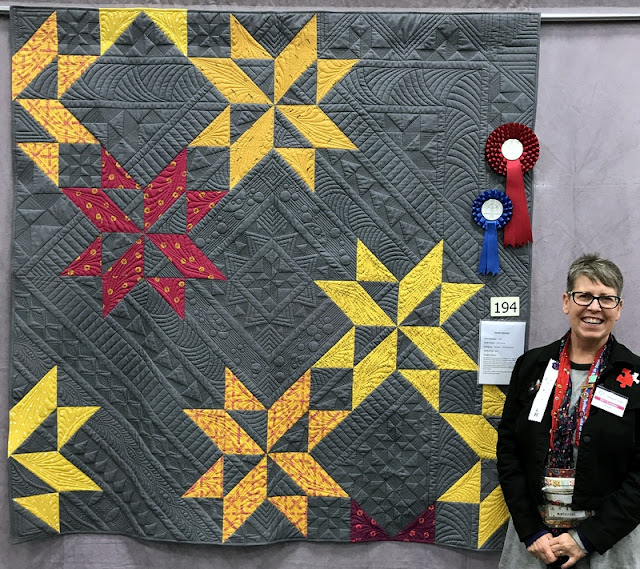 Can you tell I was very excited to receive two blue ribbons for this quilt at the 2017 Festival of Quilts Adelaide.   1st place Professional in the Modern category and Excellence in Domestic Machine quilting (it was quilted on my Sweet 16; the quilt is moved under the stationary needle). 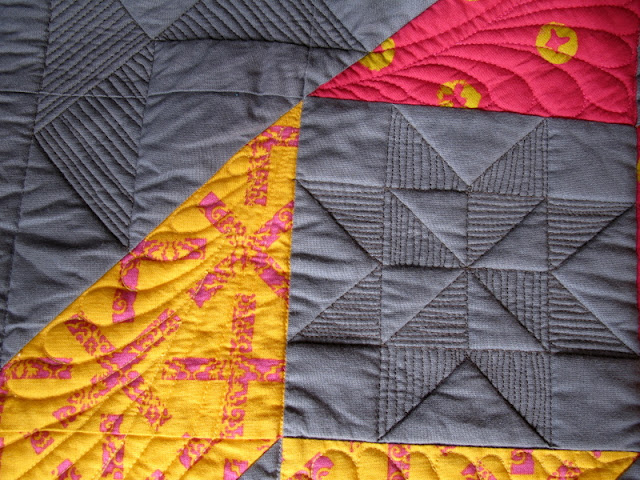 The quilt was also accepted into the Modern Quilt Show Australia in 2017 but did not place.  After studying the quilts that were juried in at recent Quiltcons I realise that the style of quilting on those (primarily straight line quilted) is totally different to the quilting on Sarah's Choice. 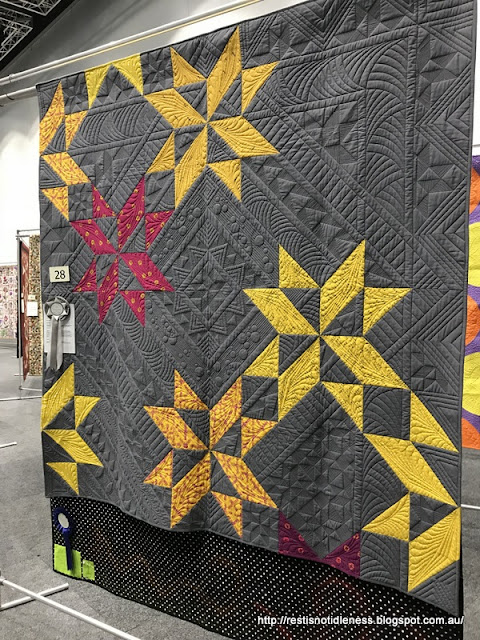 Sarah's Choice was also awarded two teachers ribbons at AMQF 2018 but time has dimmed my memory of the teachers names :(

I should have blogged about it while it was still fresh in my mind, a lesson learnt.

Email ThisBlogThis!Share to TwitterShare to FacebookShare to Pinterest
Labels: AMQF, Festival of Quilts