Dyeing to try something different 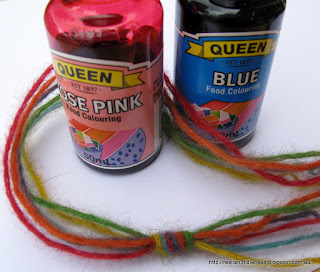 While my sister Jenny was here in August she knitted some hats for me.  Two were knitted in a possum/merino blend which was a taupey brown colour and the other used an alpaca yarn in a kind of dirty looking, washed out pale aqua blue.  Back in New Zealand Jenny had been experimenting with dyeing the possum yarn with food colouring, so we decided to try a little bit of dyeing while she was here. 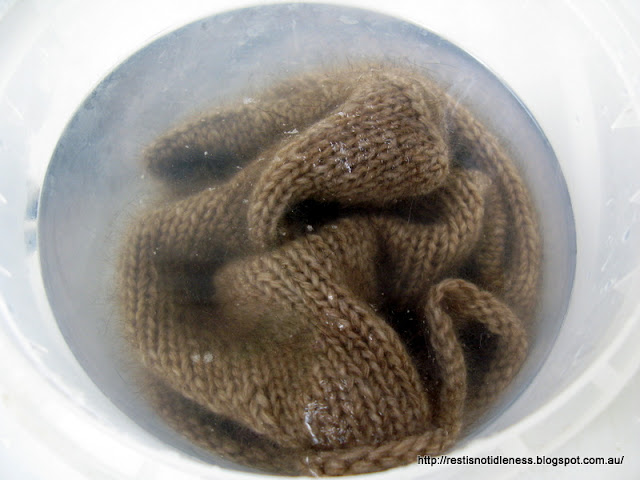 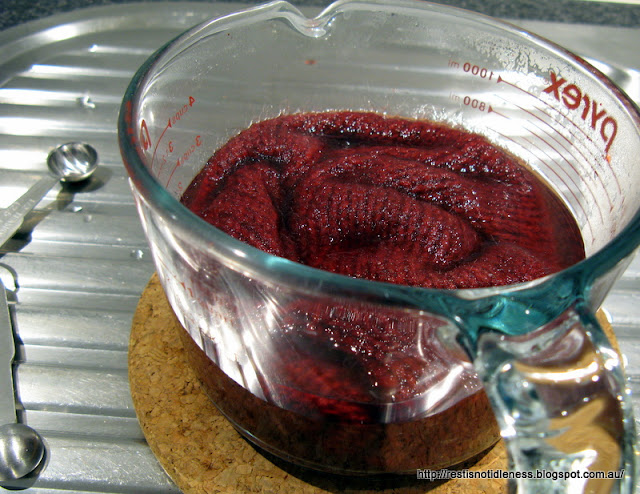 one of the hats after the dyeing has almost finished, 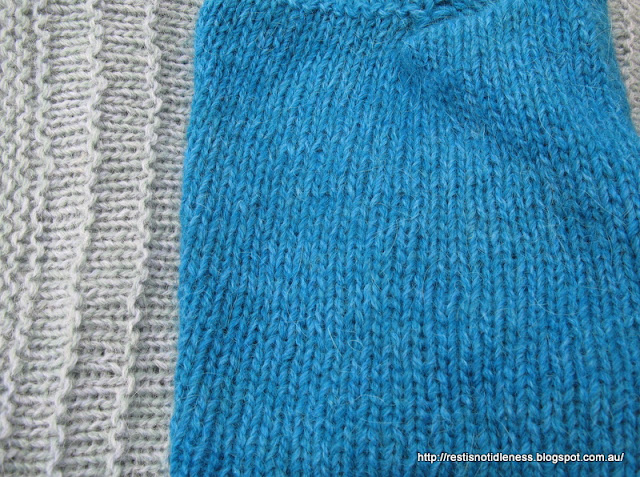 We had already dyed one possum hat with red food colouring (the left hand side)  but it came out quite blotchy, the one on the right was dyed with rose pink food colouring, it has some faint blotches as well. (The photos aren't quite true to colour possibly because the photos were taken outside and I think the colour is a bit washed out.)  The original possum/merino blend is underneath and is in reality a wee bit darker than the photo shows (the photo of the hat soaking in the acid mix is closer to the true colour) 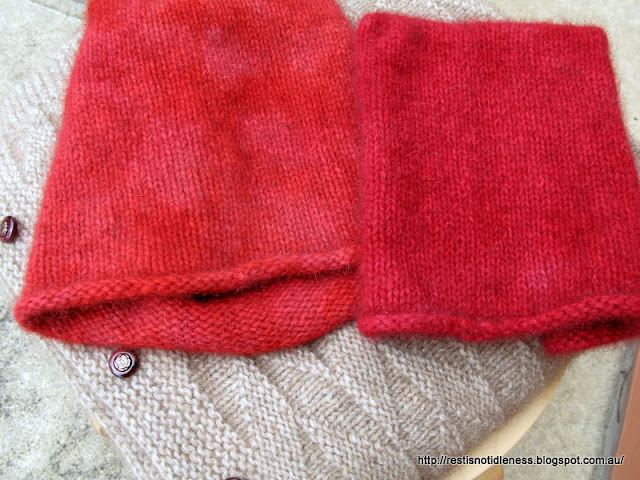 Jenny mentioned that it is easier to dye skeins of yarn and if there is a bit of blotching then it is less noticeable once a garment has been knitted.  The aqua blue hat had very few blotches, we're not sure if this is because it was a different yarn (alpaca) or because we used a larger container for the dyeing which meant that the hat had a bit more space to move around in the container. 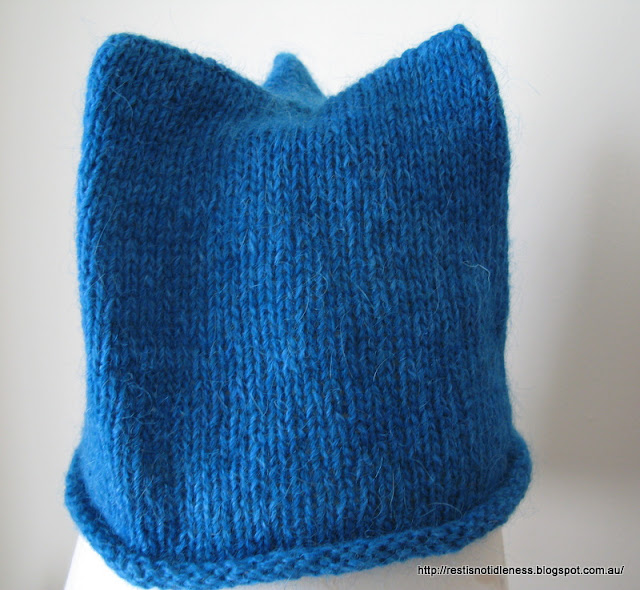 The dyeing procedure doesn't take too long and it was a fun way to spend an hour or so on a gloomy, rainy winter day.
Posted by Pip at 05:30:00

Email ThisBlogThis!Share to TwitterShare to FacebookShare to Pinterest
Labels: dyeing