I have been thinking of starting a smallish applique project that I could take with me to a hand appliqué group I belong to.  I thought I might like to take part in the Quilty 365 project and had started some appliqué circle blocks using linen as my background fabric.  I've now decided I can do without the pressure of making something every day (or week or month) and I really don't want another large quilt hanging around waiting to be finished as I have enough of those already. 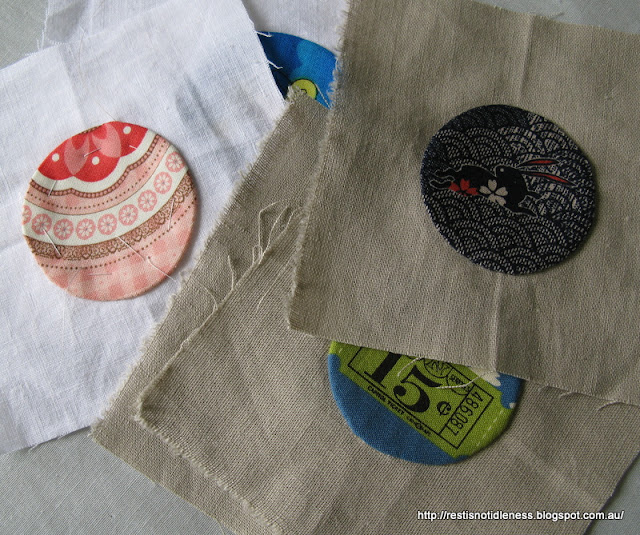 Which left me still needing a smallish appliqué project, so I thought it would suit me better to make random squircles of different sizes as the mood took me. I won't need to bother with a template because squircles are just a square with the corners rounded off, then needle turn appliquéd, and I have plenty of the taupe linen which I can use for my background.  I much prefer that to the white linen background I used on my previous circle blocks. 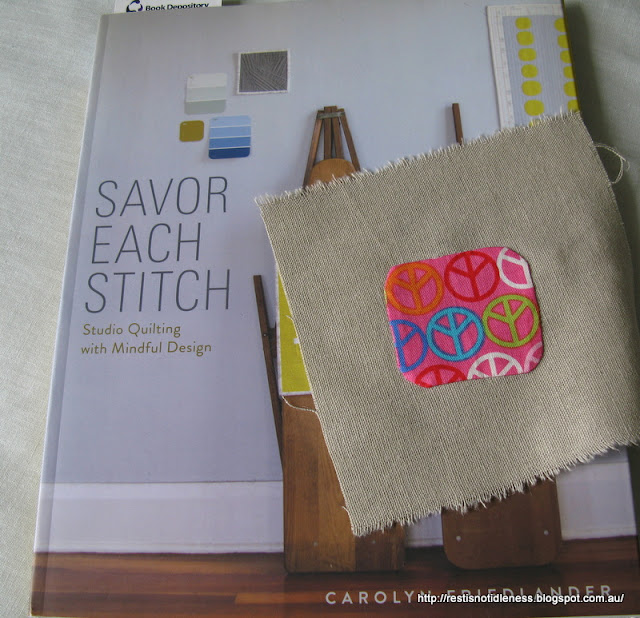 As you can see my first one is slightly wonky but I think (hope) thist will add to the random and organic nature of the piece.  My original circles won't go to waste as I will unsew them and use them for future squircles.

Email ThisBlogThis!Share to TwitterShare to FacebookShare to Pinterest
Labels: Squircles