I didn't quite spend the whole long weekend sorting scraps in between times, I also made Chicken stock and Pancetta, white bean and Swiss chard pot pies from the Smitten Kitchen blog.  The chicken stock is easy to make as it is all done in the slow cooker, you just pile in chicken wings, chopped onion, salt and garlic, add water, turn the slow cooker on and leave it for 8 hours. 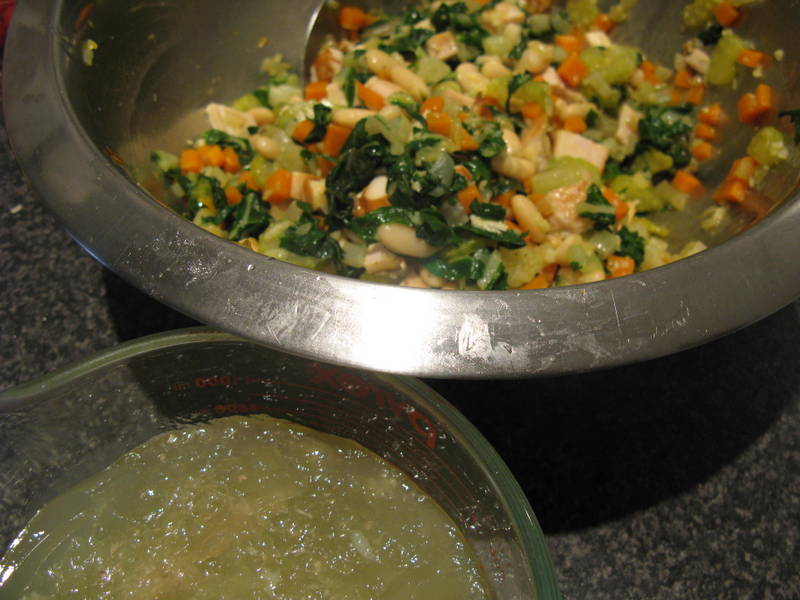 My chicken stock differed slightly from the Smitten Kitchen recipe - I used 2kg (on special - $5 for 2kg) of chicken wings (2kg is about 4 1/2 lbs) and used 3 cloves of garlic instead of one, 3 litres of water  (a little more than 3 quarts) and 1 tsp of salt.  I cooked it on high for about 8 hours which kept it bubbling away gently, then strained it into a big bowl, let it cool for 30 mins, then refrigerated overnight.  In the morning the stock was nicely jellied and I could lift the thin layer of fat off easily before spooning the stock into containers so I could freeze some. 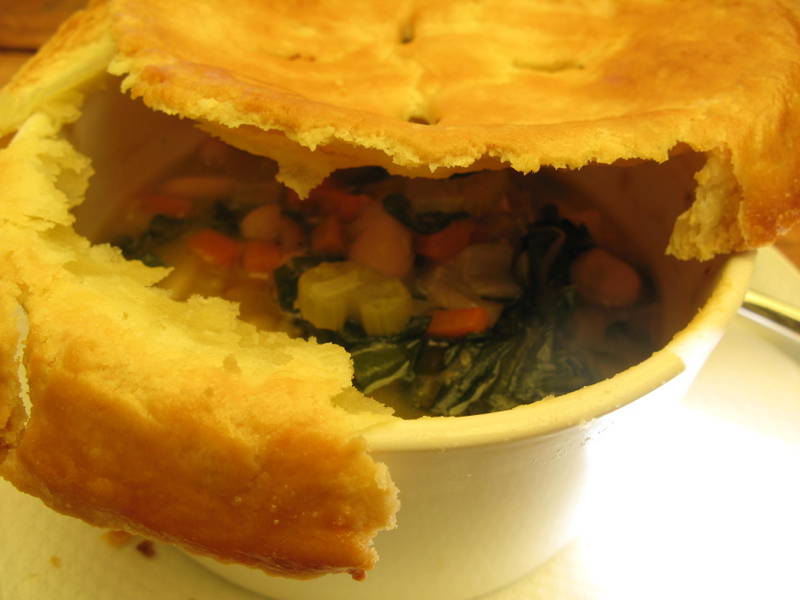 For the pot pies I substituted smoked chicken for the Pancetta which meant I could omit the browning step as the diced chicken was added at the end, it was quite delicious, and there was enough mix to make six pot pies which pleased me immensely as I didn't need to think about "what to cook for dinner" although I think that three days in a row is our limit for eating the same dish.