I think this is the last bag I will be making for a while.  I used the same pattern as in this post but I upsized it a bit (maybe a wee bit too much).  I had bought a couple of panels from cat&vee specifically so I could make a larger tote and I didn't really want to cut them up so I adjusted the tote size to make the most of the panels, this was the panel I used on the other side, it has a zip pocket in it the same as the smaller tote. 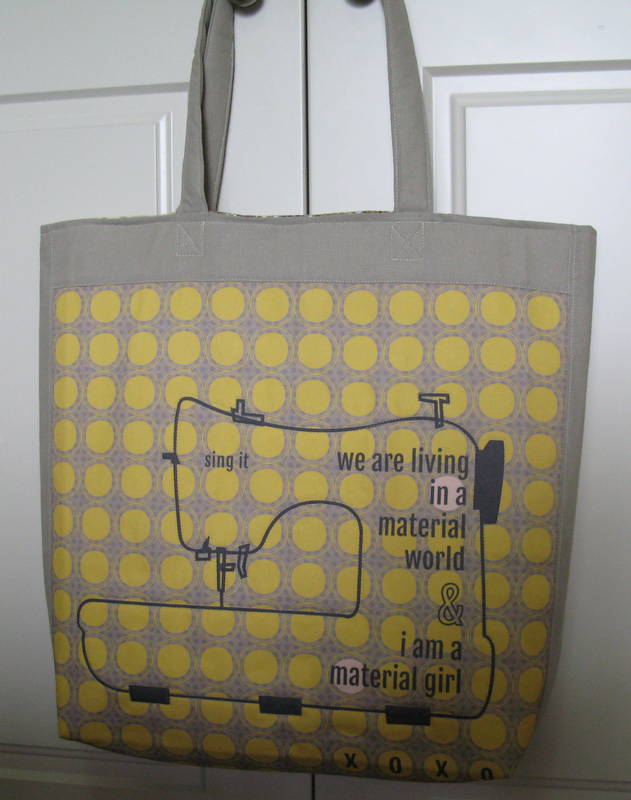 You can see how much larger the tote is compared to the first one I made.  One thing that I forgot to take into account was the handles, I kept them the same length and of course with the tote being larger, it is much closer to the ground when it is being carried. 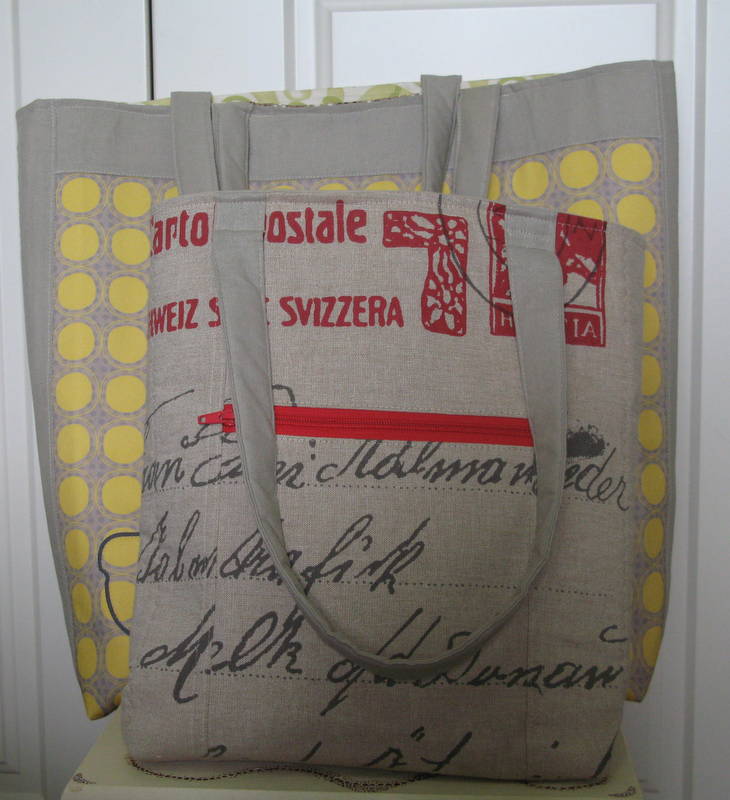 *You may have noticed blog posts appearing and disappearing over the last day or so, I had written several posts in draft and when I scheduled them Blogger somehow changed the dates on them, hopefully I've fixed them.