between my blog posts is getting longer and longer, although in my defence I haven't actually been doing much making lately, just practising on the Sweet 16.  I'm still mulling over whether to call "it" a name or not, I'm liking "the Beast" as when it is running it sounds quite grunty, but another name that was suggested to me (thanks Salley) was - David Butler maybe I could have the best of both and call it David Butler aka the Beast, it would be rather apt, as lately I've been referring to my workroom as "the pit" 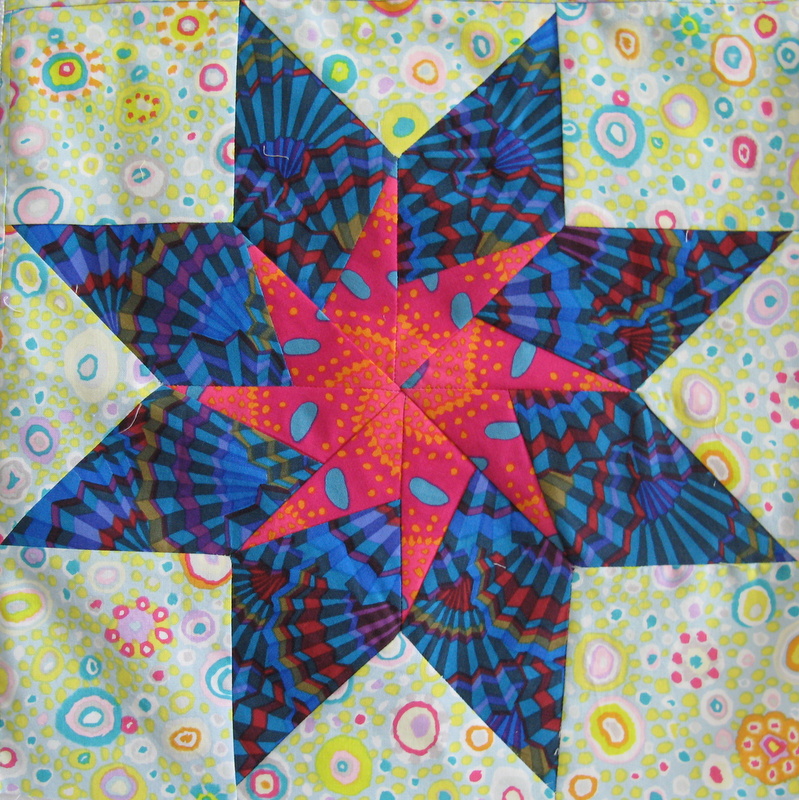 However, I did manage to catch up on my Threads of Memory blocks.  When the block pictured above came up last month my heart sank a bit, all those inset seams were just something that I didn't feel like doing so I left it until this months block came up and made them both during the long weekend, 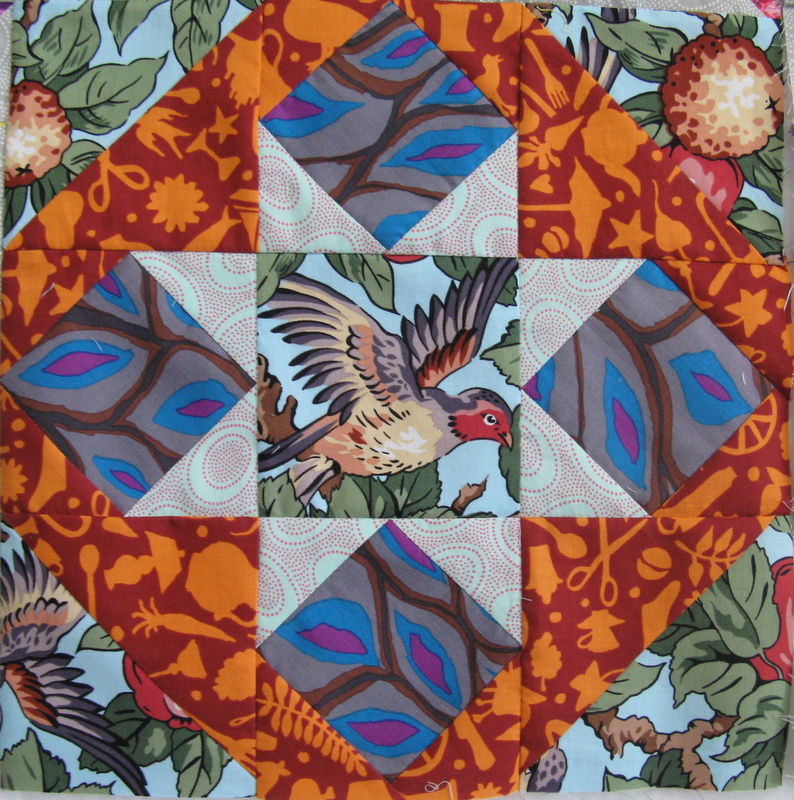 so now I'm all caught up and I've sashed them all as well, and made a whole heap of Flying Geese blocks for the sashing, although I still have to make quite a few more of them so that there will be enough to finish the quilt off. 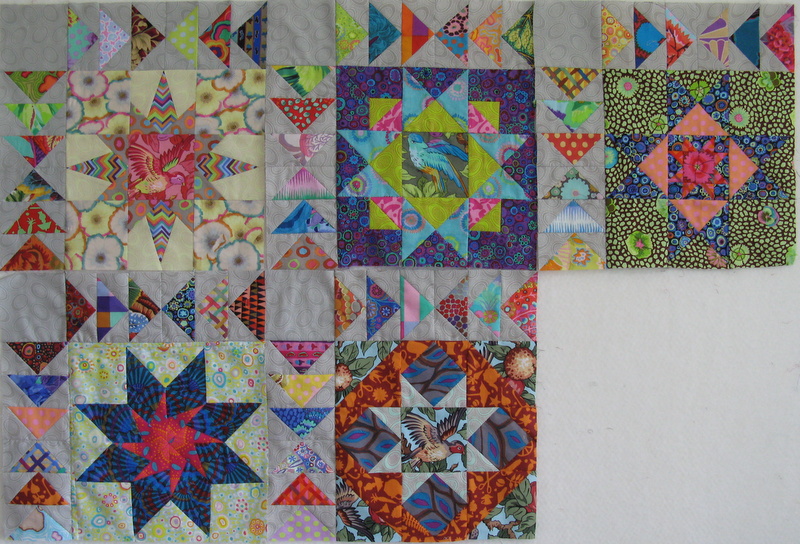 This is how it is looking so far with seven more blocks to come, no doubt I will be moving the blocks around a bit to find the optimum layout before finishing it off next year.

Email ThisBlogThis!Share to TwitterShare to FacebookShare to Pinterest
Labels: BOM 2014