Every morning when I open the blinds in the family room, I always look up at the white cedar to see if there is any wildlife visiting.  This morning I was surprised to see a koala just beginning its climb up the tree.

I called out to The Mister to come look, grabbed my camera and went outside.  We think it was the same one that visited a couple or so weeks ago because it was very keen to drink water again and after drinking from a bowl which The Mister held up for it, it climbed down and drank more water from the big bowl on the ground. 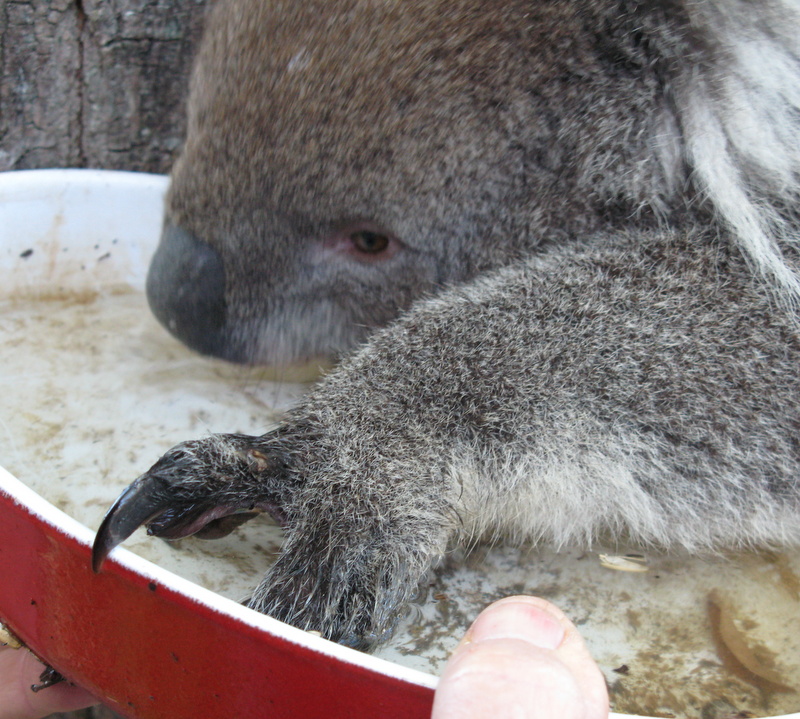 look at the size of those claws 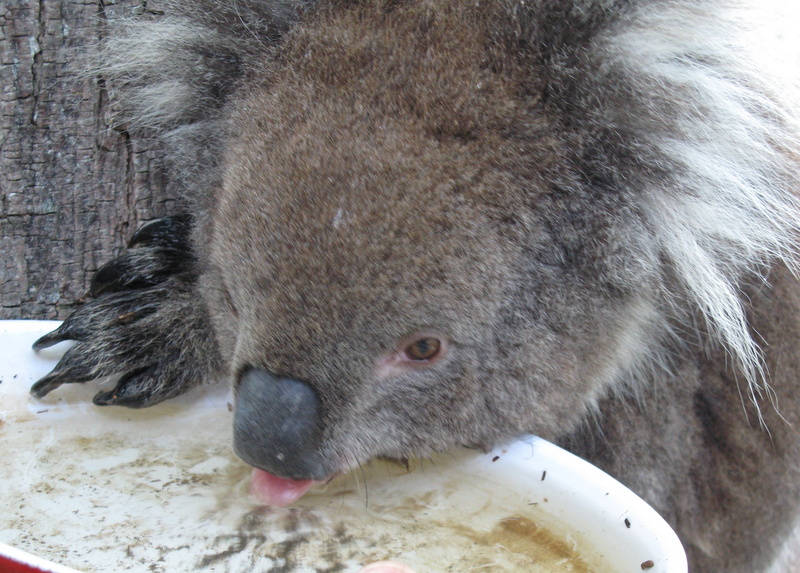 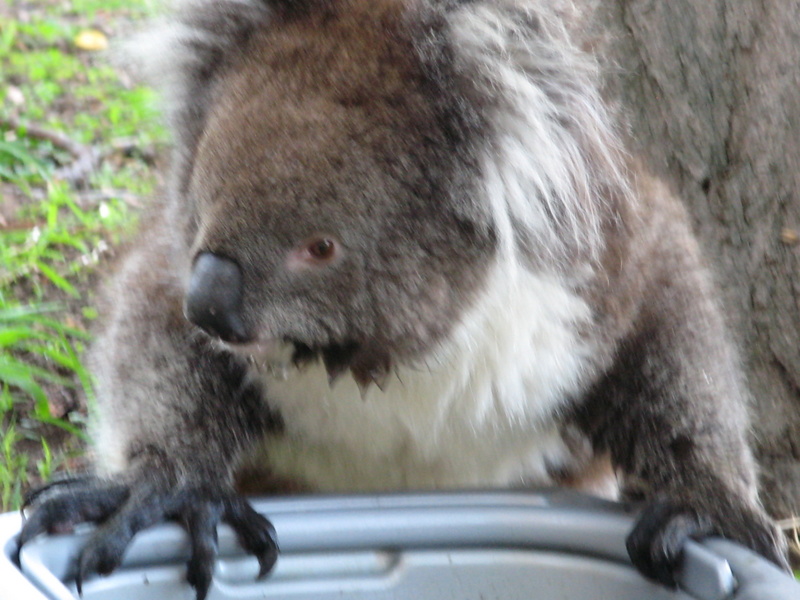 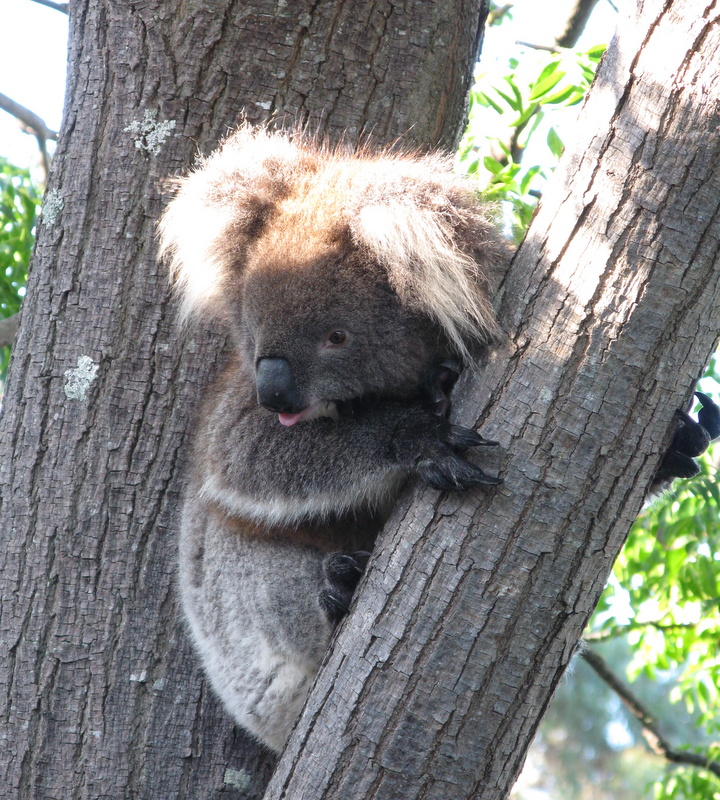 maybe I'll have a nap now

This time I ventured to have a little stroke of it's head (while it was drinking), it didn't seem to mind. When it was on the ground having a drink, The Mister pushed the limits a bit with his stroking and received a small nip, he said it was like being pinched hard!

Later on it came down the tree and was walking round the yard, The Mister following as he was trying to take a video and we discovered how it gets into our yard, it slips through the side gate which explains the dirty marks on it (we always thought it was a fox).  It then ventured out onto the road, with The Mister standing in the middle of the road to slow the cars down, and is now happily sleeping in the tree opposite. (fingers crossed it is still there tomorrow Sheila)
Posted by Pip at 16:06:00

Email ThisBlogThis!Share to TwitterShare to FacebookShare to Pinterest
Labels: wildlife