it seems like an age since I last posted and 2012 is well and truly here.  The Mister and I flew over the ditch to New Zealand and spent a week there visiting my family, we had a lovely, relaxing time while we were there.

It took me a week or so after we returned  to feel like doing any sewing or in fact anything at all, just as well really, as we came back to some really hot weather so it was nice to spend time reading and relaxing.

I've just finished the top on my Civil War  quilt, I had to make four more blocks before I could finish off the final row, two were from the BOW on the Civil War quilt blog and the other two were ones that had a military theme, 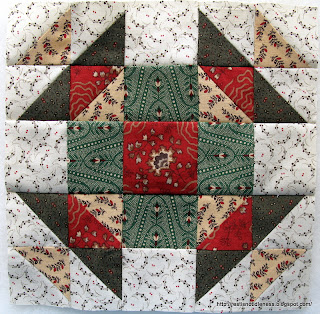 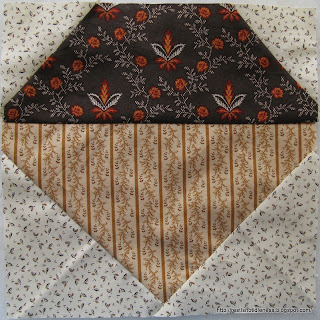 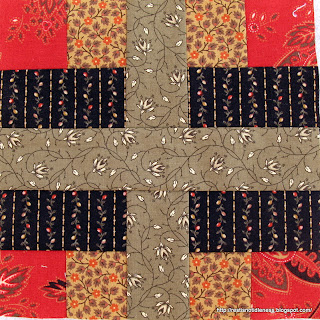 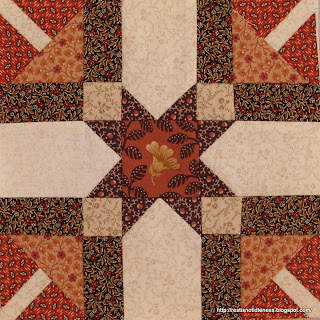 Once the blocks were complete I had to sash them and then attach the final row, I had a lot of problems trying to get seams to match, there was a lot of cursing and unpicking going on, and I had to walk away from my sewing machine a couple of times, but I got there in the end. 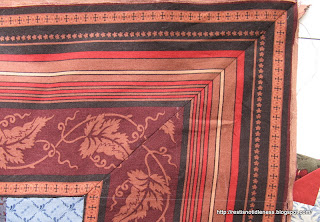 Next step was cutting the border fabric,  I was only getting one chance at this so I had to make sure it was right the first time, yesterday I stitched the borders onto the quilt top but wisely decided to leave the mitering of the corners till today. Suffice to say they weren't as easy as I thought they would be, but the quilt top is finished and now awaits quilting. 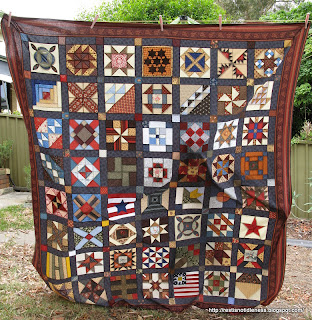 of course today is windy and my assistant wasn't doing a very good job,
I caught him standing on the bottom edge of the quilt to hold it down!!!! 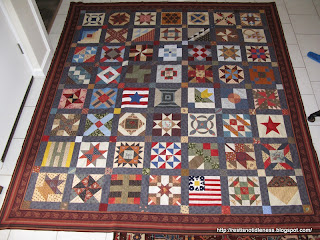 this is a slightly better picture, although the colours aren't as good,
but you get the general idea of how it looks.